I love living in the oak grove at High Salal where I can have this morning walk on my doorstep: 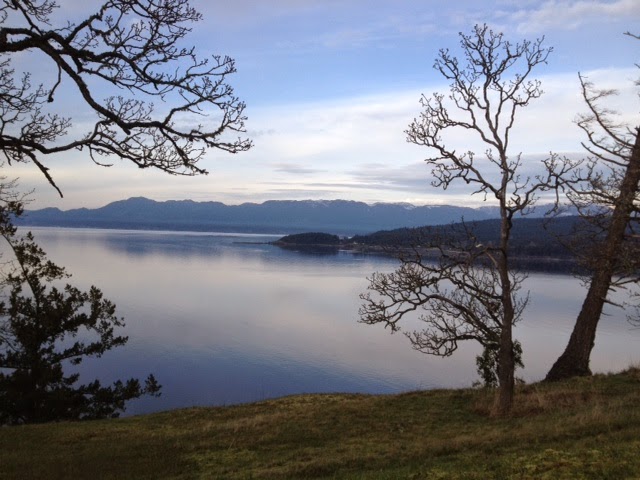 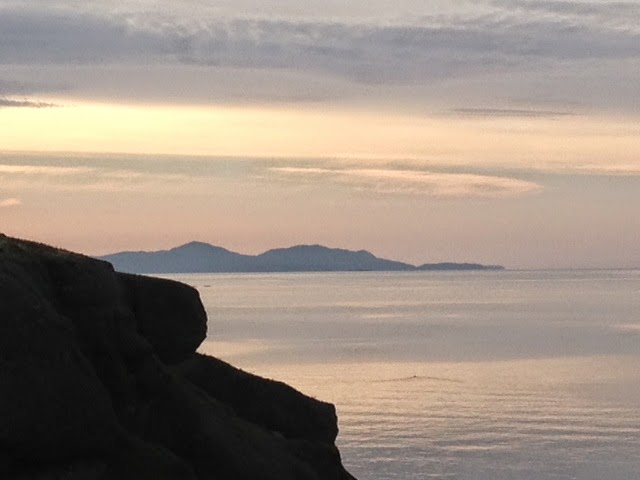 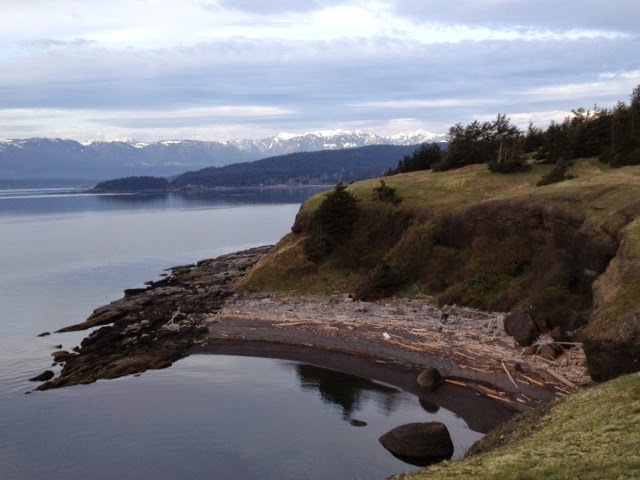 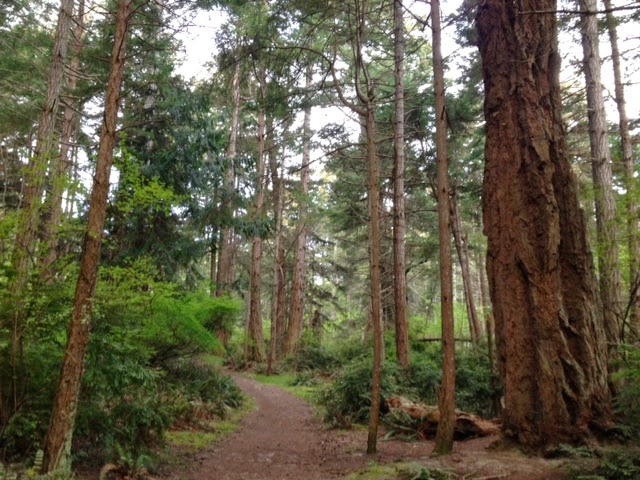 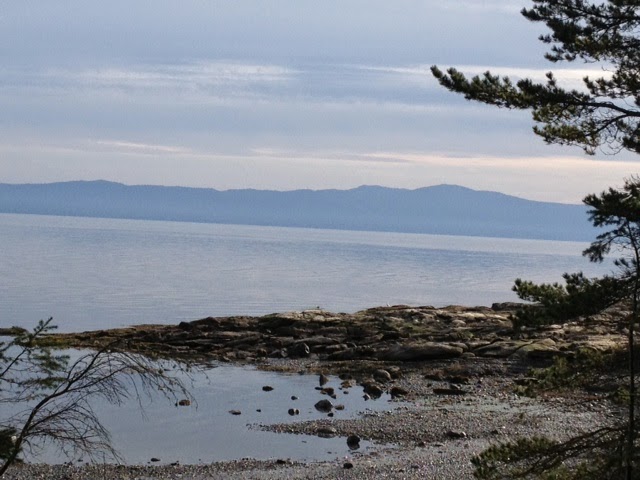 On Saturday, April 5, 2014 we attended yet another fabulous event at the Hornby Hall. This was a Cajun BBQ and Silent Auction fundraiser, which was particularly heartfelt so no wonder the hall was packed to the gills with folk who were there to show their support.

It never fails to amaze me how distinguished the Hall appears decked in a new fashion for each event. Tonight white table cloths, bountiful daffodils, and twinkling fairy lights lent a festive air.


The stage was set for the much anticipated music that would follow. The lineup of tonight’s talented singers were warmed up and accompanied by our own Jazz Band, veteran volunteers.


We chose our tables, socialized, and viewed the walls of beautiful and bountiful Art donated by local
artists, a veritable treasure trove of remarkable pieces. 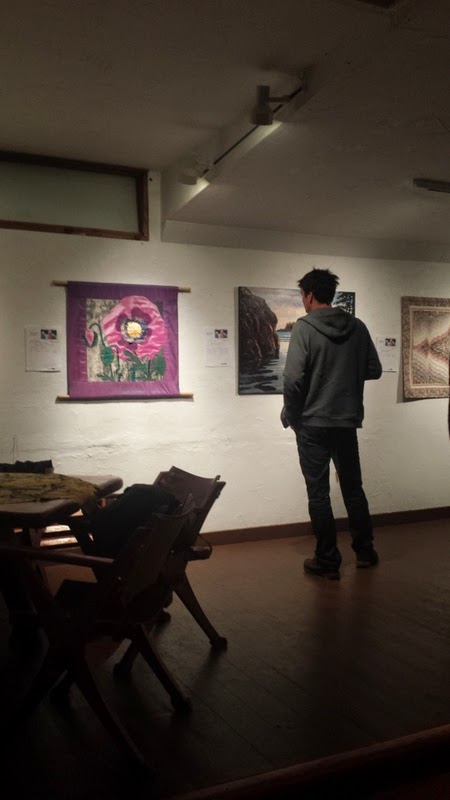 The dinner was wonderful, lots of variety for all diets and really tasty. I was reminded of the Four
Seasons Hotel in Vancouver in the 70’s when the ‘girl’ came along with a dessert tray complete with
a bowl of whipped cream on the bottom. And in the background notice the Gospel Gals. They did the
most delicious rendition of Kahlil Gibran’s, Your Children Are Not Your Children, which was originally recorded by Sweet Honey on The Rocks. 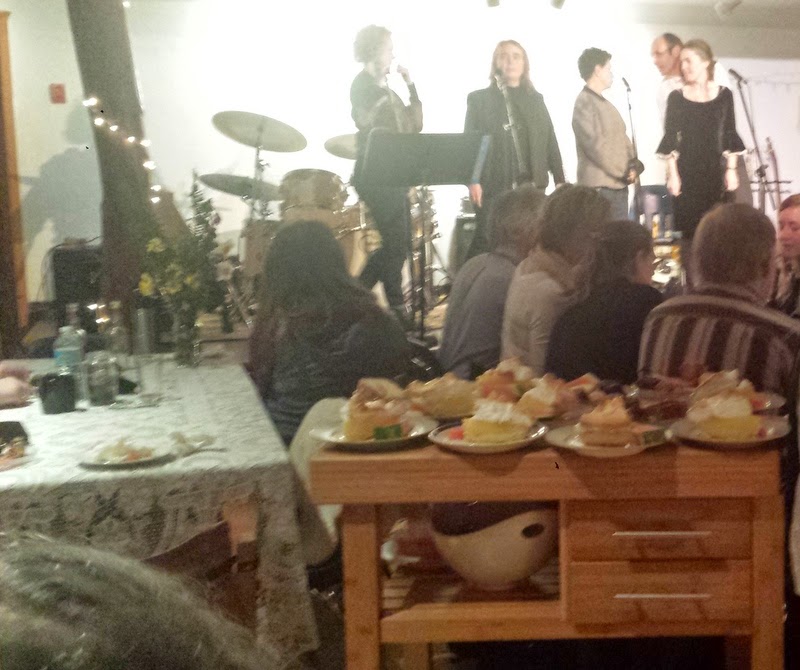 Fully satisfied, everyone settled back to enjoy the local talent with only occasional sneaks up to the
silent auction sheets to see if they had been out bid. 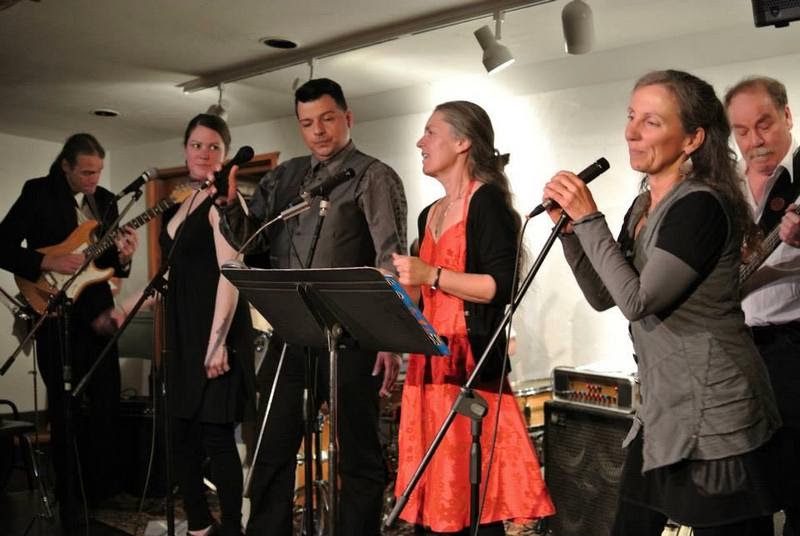 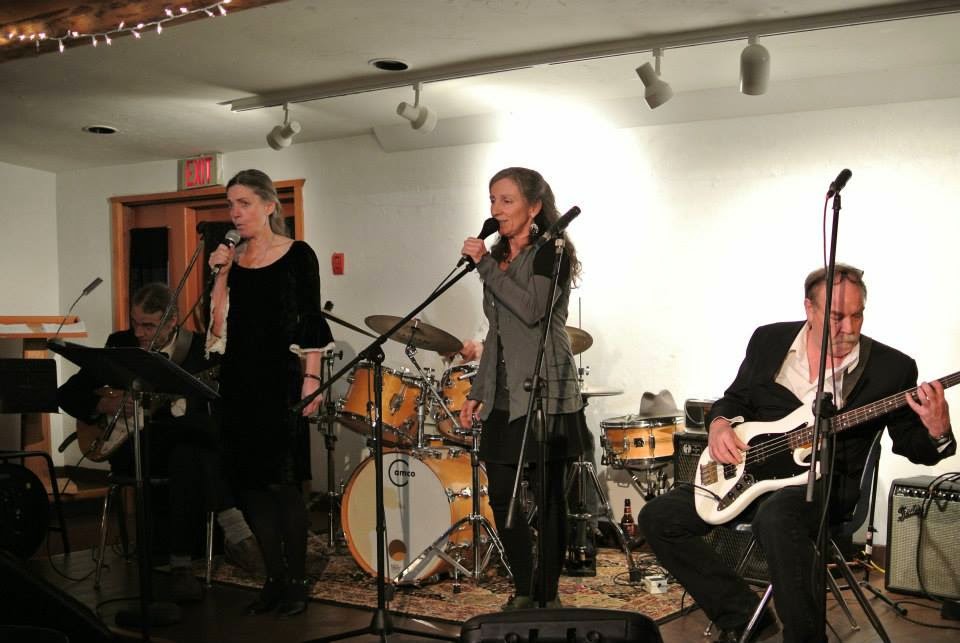 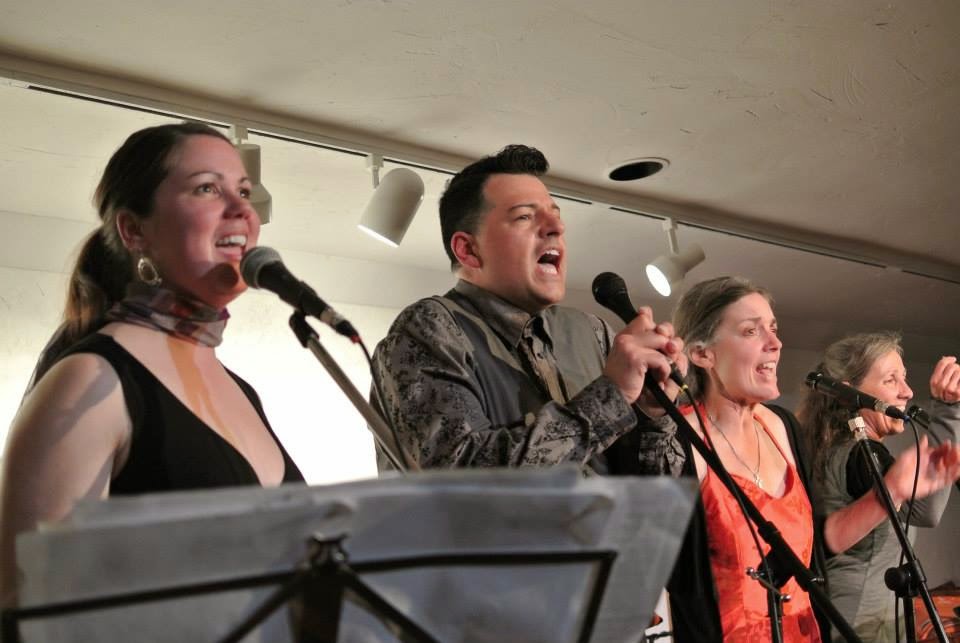 It was a close one, but this irreverent saint, by Elaine Savoie, now hangs in MY house! 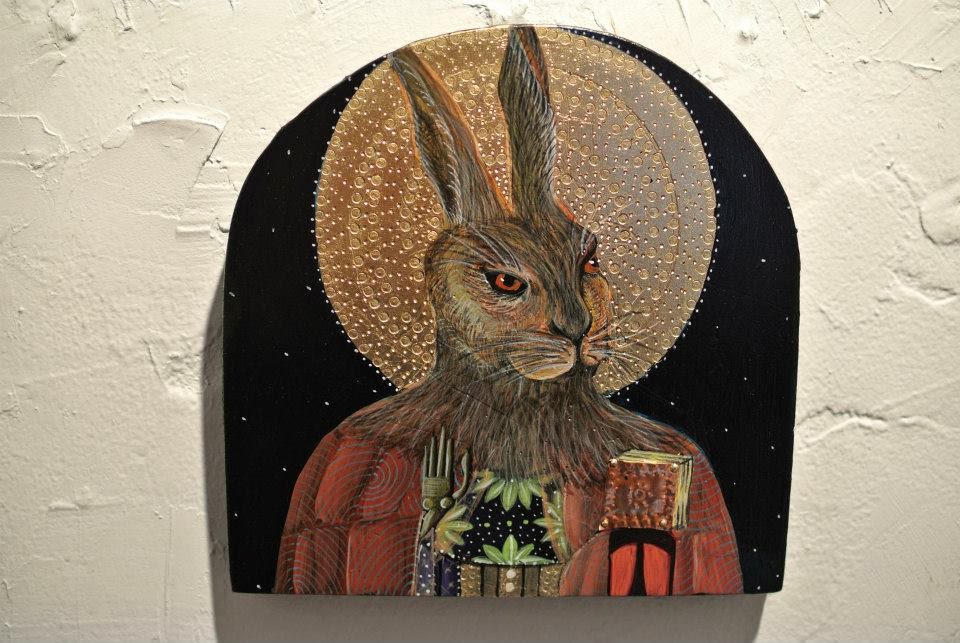 P.S. The evening brought in a profit of $20,000 for the young man and his family. It’s a Hornby way of donating to charity, to the people we know and love, in their hour of need. 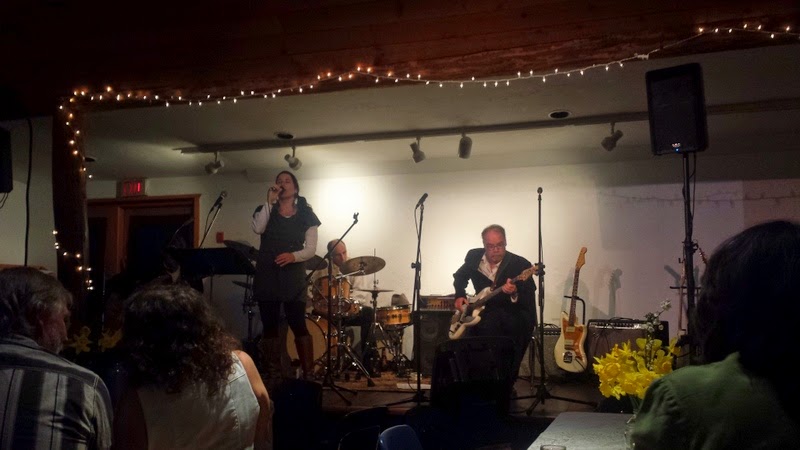 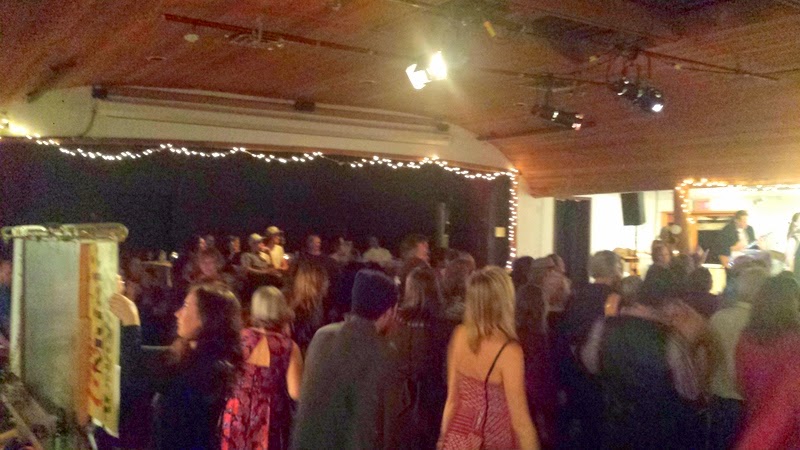 Harbinger House Concerts have been a happening thing on Hornby for many years.  Now, I don’t know if they were called Harbinger when I went to my first concert at Lex’s house.  I do recall the intimate ‘Hornby house’ setting with a cool group of contemporary folk musicians called Fish and Bird, playing banjo, fiddle, guitar, and bass drums.

Their bio page on their website describes their music as:
“Their take on ‘folk’ includes original songs in odd time signatures and traditional murder ballads with rock beats.” Which sounds about right.

Sadly, I missed one of Harbinger’s recent concerts, featuring Shari Ulrich, the songbird with Pied Pumpkin who many of us followed in the 70’s.  AND I would have loved to visit the beautiful home where the concert took place.
However, on April 6, 2014, Harbinger brought a concert to our house! 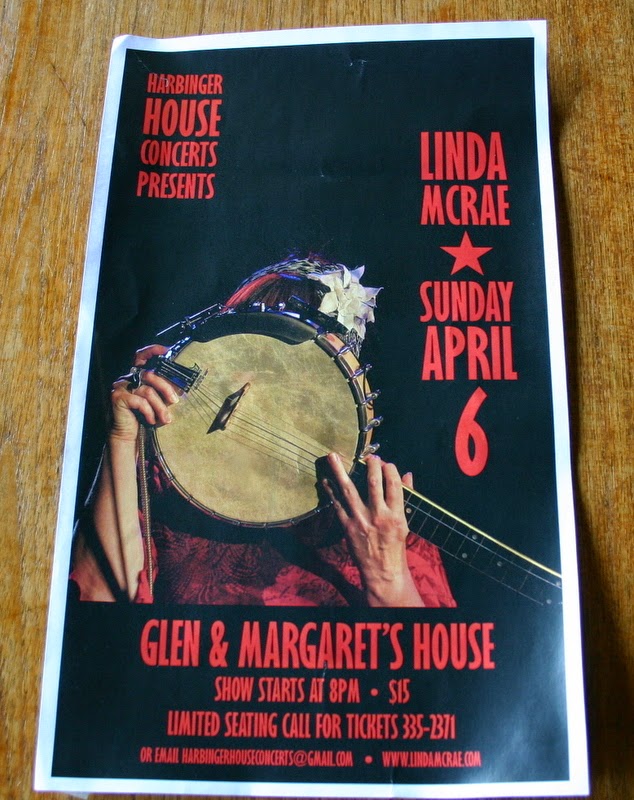 Born and bred in Duncan, B. C. Linda is now living in Nashville with her husband, James.  Linda is a folk, blues, roots singer songwriter and multi-instrumentalist performing on banjo, guitar, accordion, and vocals. She and James are a great song writing team and she entertained about 30 of us in my very own living room.
Thanks to Melissa Devost and Ted Tanner and whoever else might be the Harbingers  of House Concerts. 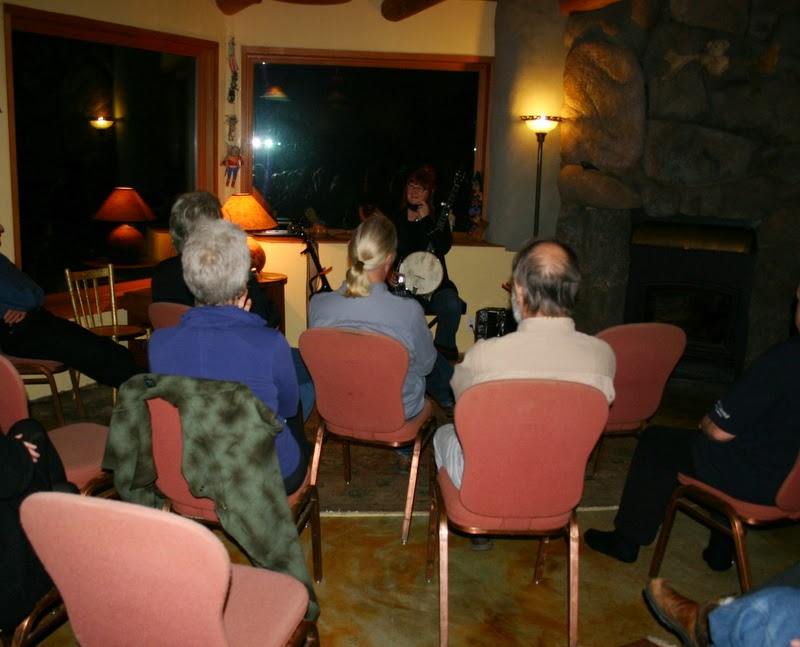 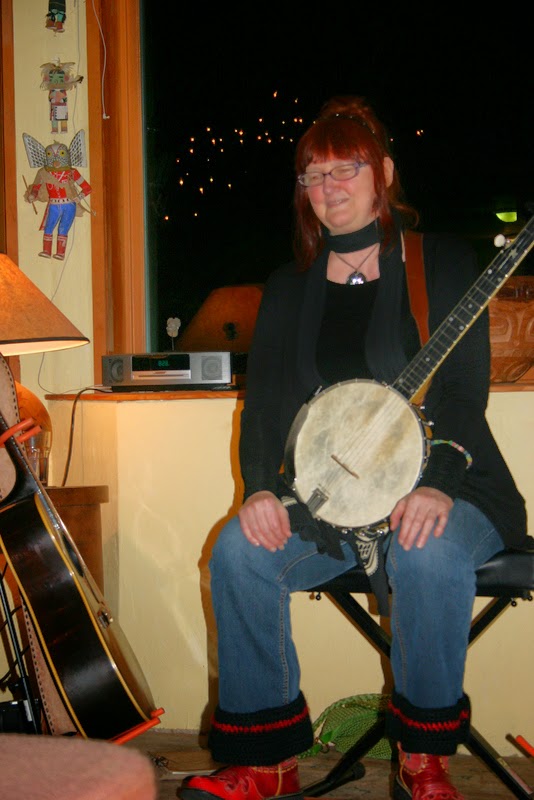